The book of Manfred Spitzer provokes thoughts about the impact digitalization bears on our existence. According to the author, one of the areas which are negatively affected by this trend is education. 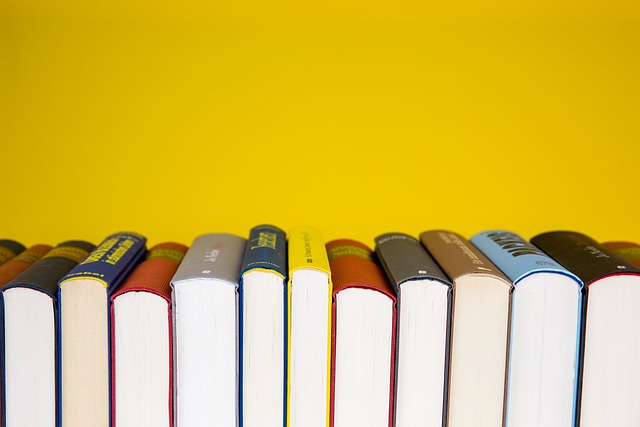 Recent decades have been marked by extraordinary civilization and cultural changes caused by the rapid evolution of digitization in various spheres of human life. The launch of smartphones, along with the unprecedented success of social media, has only exacerbated what has been aptly dubbed the Digital Revolution. At the moment, it is impossible to predict the direction of further development of digital technologies. However, we can carefully observe how such a process affects today’s social reality, which may allow us to correct it if we deem it necessary. One of the areas of life that are being transformed by progressive digitization is education. A serious debate on the prospects and threats of digital technologies in schools can bring benefits to teachers, students, parents, and, as a result, the society.

“If I had asked people what they wanted, they would have said faster horses.” This quote from Henry Ford opens one of the subchapters of Manfred Spitzer’s book, in which he critically discusses the issue of the digital breakthrough as a turning point in the evolution of civilization and culture in the 21st century. In fact, the author of the smartphone epidemic perceives today’s digital revolution in the opposite way than the industrial vision of the American car innovator. For him, this is not a real technical watershed but a deliberately artificially constructed situation by influential IT business lobbies that use various social manipulation techniques to instill fear in their clients’ circles of being excluded from the digital society.

This is the fourth book in the literary output of the German psychiatrist, neuroscientist, and philosopher, visiting professor at Harvard University. He is also a successful author of scientific papers in the field of neurobiology and neurodidactics, whose texts have been translated into over 20 languages. His last book was written in 2018 and was published two years later, so although there is no mention of the Covid pandemic in the text, it can be assumed that its title may have been inspired by this fact (if this was  not the case, we could only congratulate the author for being so exceptionally sensitive that characterizes some artistic souls capable of predicting upcoming events)

Despite the title of the book, which suggests that its main topic will be the impact of the widespread use of smartphones, the author considers it only one of the characteristics of a broader phenomenon, which are computer games, social media, and the digitization of various areas of human life. It should be noted upfront that this phenomenon is a source of anxiety and unequivocal criticism for him. Therefore, in trying to interpret the main thesis of this book, it should be stated that, in Spitzer’s deep conviction, digitization is a dangerous civilizational threat to individuals, society, and even humanity in general.

Of particular interest to us is the fact that Spitzer places education among those areas of culture that are directly threatened by digitization.

Do we need the digitization of education?

The list of potential threats to teaching, learning, and overall student well-being is vast, and some points may surprise the reader. Without entering into a substantive polemic with the ideas presented by the author, they should be briefly mentioned to give an illustrative picture of the scale of this negative impact noticed by the German neuroscientist. Thus, it explicitly states that there is no need for young people to have contact with social media applications and digital equipment. Citing his own research, he claims that digital information technology negatively affects the physical, emotional, mental, and social development of young people. As a consequence, digitization is one of the major threats to the health of an entire generation.

The author supports such a general statement by presenting individual areas of learning in which the existence of such a threat can be seen. Starting from the thesis that there is no evidence of a positive impact of digitization of education, he directs the reader to more detailed evidence. Let’s take a look at the list of alleged calamities caused by classroom computers and smartphones in students’ pockets.

–   The Internet search engine is useless educational tool in comparison to the traditional printed handbook;

– The usage of digital media suppresses the capacity for recollecting learned information effecting in rather a superficial absorption of it;

– E-books restrict the efficiency of learning in students;

–   Making notes using a pen and sheet of paper makes learning knowledge better than typing on the keyboard on the computer (on a side note, the author didn’t reveal to the reader which technique he chose to write this book).

Considering the above list, there is sufficient reason to question the desirability of using digital equipment in schools. However, the author did not stop at this enumeration, continuing his accusations against the digital reality in schools. He is also critical of the fact that students are bringing smartphones and tablets to school; he criticizes the German education authorities for supporting this idea with a comparison of the French education system, which officially bans such devices). Moreover, he states that there is no correlation between digitization and learning outcomes in schools, citing research conducted under one of the OECD programs.

In addition to analyzing the impact of digitization in schools on learning outcomes, including those assessed in the standardized PISA test, Spitzer addresses the social and psychological aspects of the negative impact of young people’s involvement in the digital world. As an example, he mentions the trap of addiction to social media, the Internet, and smartphones. He also reflects on the negative effects of the use of digital technologies by students at the level of their expressed empathy towards others and the ability to shape the “free will” of the children during the educational process. As a side note, it may be interesting how he, as a neuroscientist, understands such a concept –  unfortunately, he does not explain it in this book. Finally, he supports the view that digitalization is exacerbating inequalities in students’ access to education. Summing up his position in one conclusion sentence, it should be said that he is a fierce opponent of the digitization of education and the use of digital media as support in the learning process in schools.

Is it worth reading this book?

Since polemics with the theses of Manfred Spitzer’s book are different from our goal, nevertheless, his approach to the issue of the digitization of schools requires some commentary. It should be noted that the author presents a certain diagnosis of the discussed problem, undertaken mainly on the basis of selected scientific research, supported by his own authority as a respected professor and expert in the fields he deals with. However, the main doubt that may arise even for a non-specialist in the subject under discussion is that his arguments seem one-sided. He presents research results that confirm his point of view, completely ignoring scientific research that contradicts his opinions or simply downplays them without providing convincing arguments. Moreover, some of his opinions are expressed ex-cathedra, not supported by any scientific evidence. Surely someone can question the main thesis of his book that digitization is a deadly threat to our civilization, thus shifting the discussion into a philosophical debate.

Undoubtedly, the undeniable value of this book is related to this opening of the philosophical and, more broadly, social discussion on the actual and anticipated effects of digitization. The author undermines, supposedly intentionally exaggerating, some commonly accepted truths, which may result in readers’ critical reflection on the presented issue. Thinking about the possible positive and negative effects of modern digital technologies, even for a supporter of the digitization of education, would be a worthwhile task in any case.

Therefore, concluding these remarks, “The Smartphone Epidemic” is undoubtedly a very valuable position. The book will be interesting to readers who wonder what direction modern education should go and to all those who want to participate in the debate on the condition of culture in the first quarter of the 21st century. For all potential readers of Manfred Spitzer’s book, such a discussion would be a valuable and stimulating intellectual journey.