The price of success. Is Korean “education fever” a warning or an inspiration?

As recently as the 1950s, South Korea’s economy was not too different from those of sub-Saharan African countries (calculated by the amount of GDP per capita). Today, South Korea is one of the world’s most thriving economies, primarily due to a collective drive for education and an extremely hard-working nature of its nation. However, Koreans are paying a high price for it. 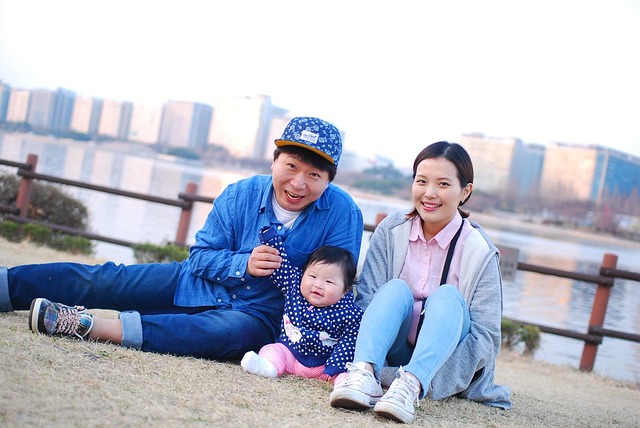 Inherent diligence, competitiveness among children, and total dedication to learning contribute to the Korean rush for education. So strong that – to cool it down – in the 1980s, the Seoul government decided to ban private tutoring. With very little success1.

Although the world-known drive for education developed in earnest only after South Korea – under the 1953 armistice – achieved peace, its roots go much deeper. Specifically: to the influence of Confucianism, which was the official state philosophy from the 15th to the 20th centuries. According to its assumptions, a person’s lifelong learning and self-improvement is the path to social and individual success.

It is hard to deny South Korea’s success. In 1960, South Korea’s GDP per capita was $158, lower than Nigeria’s. Now it stands at nearly $35,0002. Impressive, as well, is the development of chaebols – privileged, state-backed family conglomerates such as Samsung, Hyundai, and LG – which a few decades ago the Western world had not heard of (as well as the Korean industry in general), and which today are a symbol of the “Korean economic miracle” and synonymous with high-quality technology.

One could go on for a long time listing more manifestations of Korean economic achievements. We mention only a few to emphasize what experts agree on: this success is primarily due to the Korean respect for education, diligence, and an attitude of competitiveness, which is awakened in Koreans from an early age.

In a practical sense, it looks as follows: Korean children are pressured from an early age to spend up to 18 hours a day studying. After compulsory school (South Korea’s education system is described in our research report), students attend private extracurricular activities that fill their daily calendars until late at night. Although the Korean government has banned tutoring after 10 pm, in practice, this regulation often goes disobeyed. This is not the first time the Korean government has tried to fight the (worth hundreds of billions of dollars) private after-school market. In the 1980s, to cool the fever, private tutoring was prohibited entirely. The ban lasted about a decade, during which the illegal tutoring market grew3.

Korean parents are willing to sacrifice a lot to get their children the best grades, as described by Frank Ahrens in his book “Seoul man4.” It is entirely natural for the whole family to move into the neighborhood of a top school or private tutoring facility. The daily logistics of many parents focus on driving their children to their subsequent activities. The average Korean family, according to a report by the Hyundai Research Institute, spends 20 percent of its income on private tutoring for children5.

About “Korean educational fever,” we also speak with Roman Husarski, a scientist on the topic of Korea and author of the book “Country of the Restless Morning. Memory and rebellion in South Korea6,” who spent two years at Korea’s Hankuk and Jeonbuk universities. – The educational rush is strengthened not only by the expectations of families but also by the teaching system, in which the highest grade can be obtained by only 10% of the students in a class. This intensifies competition,” he explains.

These efforts can be seen not only in the country’s economic development but also in the performance of Korean students against their peers in other countries. The international PISA tests (covering all OECD countries and dozens outside the organization), which measure students’ knowledge and skills (in reading literacy, mathematic literacy, and science literacy), have for years placed Korean students among the world’s best.

At the same time, OECD experts point out that while Korean students outperform their peers from other countries in cognitive performance (as measured by the increasingly criticized PISA test), they are less likely to engage in physical activity. The psychological state of Korean students may also cause concern. The rate of Korean adolescents who express satisfaction with life is much lower than the world average7.

Moreover, according to a Seoul-based National Youth Policy Institute8 study Korean students sleep on average only six hours and three minutes. That is nearly two hours less than the average teenager in the rest of the world. And far too little for the young organism to regenerate. Sleep deficiency, researches show, has a dangerous impact on the mental state of schoolchildren, including an alarmingly high suicide rate among Korean youths9.

The diligence and respect for the education of Koreans are impressive. However, at Holistic Think Tank, we believe that schools should first and foremost be safe, welcoming places that care not only for students’ cognitive progress but also for their emotional and social development. The What School Ought to Teach list we have created and on which basis we want to improve education worldwide puts students’ well-being at the center of the educational process.

We dream that schools worldwide – in addition to hard knowledge, which is an undeniable value – also teach responsibility for others and nature, teamwork, and the ability to cope with stress, as well as readiness to face the challenges of the future. If such skills meet with the hardworking nature and respect for knowledge typical of Koreans, we have a recipe for an education that gives hope for a better tomorrow.