What School Should Teach Research: Case Study of Philippines (Summary) 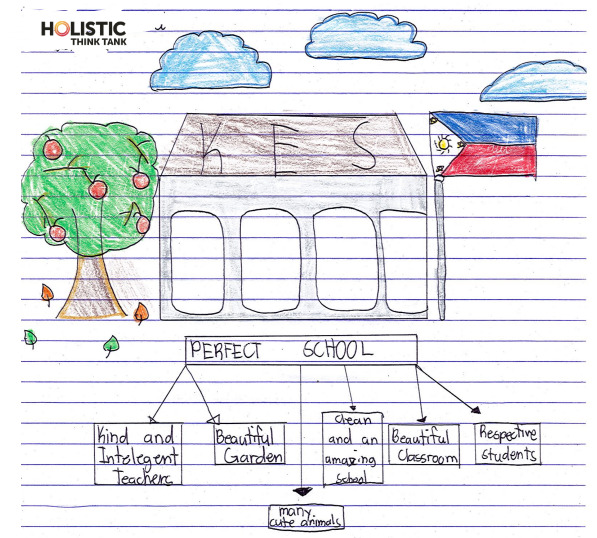 The school in focus is located in one of the biggest and wealthiest cities in the Philippines. It was established in 1939. In April 2022, the school had 58 educators teaching 2385 students. As a recognized school in the community, it has an increasing enrollment due to the mass transfer of learners from private schools. There has been a minimal number of dropouts during the last 3 years.

The educational system in the Philippines has three levels:

Historically, the education system in the Philippines was influenced by Spanish, Japanese, and American systems. The American system became deeply rooted and still dominates today. The English language still serves as a medium of instruction.

The country reshaped its education policy in the early 90s with the system called ‘tri-focalization”. This led to the creation of three agencies managing the sector: the Department of Education (DepEd), Culture, and Sports (DECS) for basic education, the Technical Education and Skills Development Authority (TESDA) for technical and vocational education and training, and the Commission on Higher Education (CHED) for tertiary education. Currently, there are two types or categories of schools: public (government) and private (non-government). In March 2020, the Philippines participated in the OECD’s Programme for International Student Assessment. The results of the program were announced by DepEd. Unfortunately, Filipino students fared worst among all 79 participating countries in Reading Comprehension. They were also second lowest in Math and Scientific Literacy.

The educational system conditions in the Philippines overview: https://holisticthinktank.com/conditions-for-the-educational-system-in-the-philippines/

In the school where the research was carried out, the students were uniformly positive about their school and education. They did not make any critical comments about the institution or the building they were taught in. One can speculate that this was due to the participants’ cultural background and/or lack of critical thinking skills. They claimed that they love all their subjects, but some students mentioned their favorite ones, such as Math, Science, English, and Mapeh (Music, Arts, PE, Health). At the same time, they admitted that some of these subjects are not easy to learn. They felt strongly about the fact that their education will provide them with a job in the future: “School is very important because when we grow up we will have a job”.

An interesting attempt to visualize the children’s idea of the school was made by them in their diaries.